California’s Silicon Valley has been the leading tech hub in the country for many years, but New York City is fast becoming a new competitor for that title. In fact, Saville Tech Cities Index said last year that the Big Apple had already overtaken Silicon Valley as the nation’s foremost tech hub and that’s saying something, considering the index measures a multitude of criteria to reach that conclusion.

Deep Company Base Turns to Tech

One thing that NYC has going for it in terms of tech is that it is already home to many of the country’s biggest companies, and now those companies have become more focused on technology than ever before. In a sense, all companies are now tech companies, and a place as company-rich as New York has become a tech hub partly because of that overall evolution. 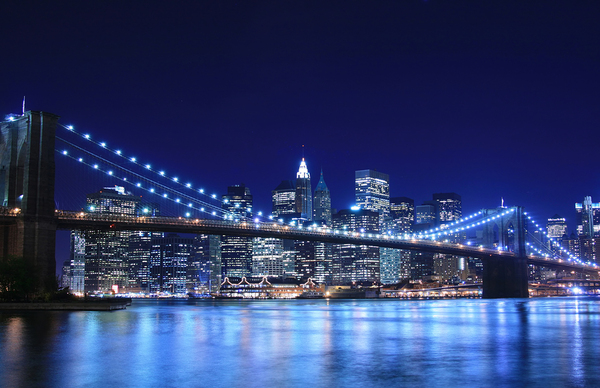 Many tech companies are locating their operations in the Big Apple.

Because so many companies of all types are already based in New York City, it contains a deep and ever-ready pool of venture capital that is always looking for promising startups in which to invest. There is more venture capital in New York City than anywhere else in the world right now, which means that New York-based startups don’t have to look far to find the startup money they need to get going.

Another advantage of New York is that top talent wants to live and work there. New York attracts top talent from just about everywhere around the world. The pre-existing global diversity of the city will continue to attract the best talent from the four corners of the globe almost without effort as companies continue to develop the new technologies that will move them forward.

Besides talent and emerging technologies, however, New York also has some of the best public transportation in the world to facilitate the growth of the tech workforce. As massive as NYC already is, it is well-equipped for expansion and growth because of the infrastructure that has accommodated residents and tourists alike for many decades.

Amazon, Apple, Facebook, and Google all have large offices in the city, and many existing tech companies are expanding as more workers are trained to fill tech vacancies that have been sorely needed for some time now. The city boasts many colleges and universities to train these workers, and other young people from around the world would much rather study and live in New York than in Silicon Valley, despite its perfect weather.

PC AGE offers tech education that will position its students to become part of the tech revolution now sweeping the world. We’re not that far from New York City, either. Contact us to find out how you can get started in a tech career of your own.