Having the right tech skills is the key to being offered a great job in the IT field. Here are some of the most in demand tech skills for 2020, according to IT World.

Jobs requiring Amazon Web Services development skills soared 418% in only five years, revealing the demand for this crucial skill. A variety of positions, including cloud engineers, sysops administrators, data scientists, and solutions architects, may need to have Amazon Web Services expertise in order to handle the computing, storage, analytics, and development needs of clients and companies.

Python is another skill with growing demand, having increased 123% in five years. A full 18% of jobs surveyed required this open-source language for areas such as data analytics and AI applications. Both data and AI are rapidly expanding areas of IT, which only makes the demand even stronger for this versatile skill. The large community of developers in this introductory programming language is a help in building your skills.

While Javascript has been around for a while, it has become indispensible in building quality websites with interactive components. Any web developer will need this skill, and it is even used in some games as well. Javascript is known for its flexibility, which has helped it remain a main web programming language for more than two decades. 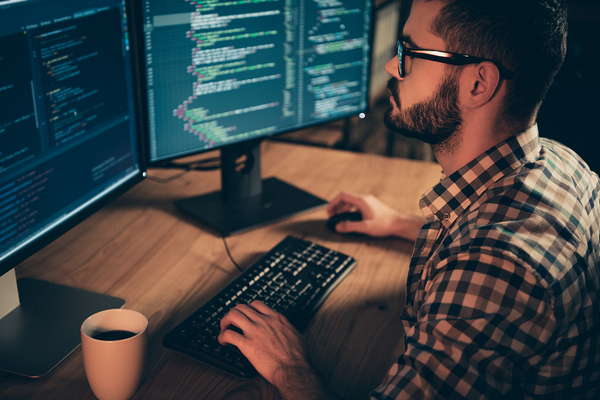 Programming languages like Python and C# are used to create software, games, and mobile applications.

C# was developed from the C programming language, which has been around since the late 1960s. It also incorporates elements of Java, which make it more flexible and able to be used in a variety of applications. Whether you want to create mobile applications, games, or enterprise software, you will likely need C# to accomplish your goal.

Structured Query Language, or SQL for short, is in high demand because of its versatility for databases and servers. It has existed since the 1970s and was used for data management in IBM’s System R before expanding to more generalized use by software companies like Oracle and Microsoft.

This open-source programming language is the basis for many systems and servers. It’s popular to use because it is free to use and can be modified by anyone for constant improvement of the language. Linux is used for both the Android mobile operating system and Chrome OS, just to give two huge examples of its use.

The demand for Scrum has increased by 64% since 2014, but Scrum is not a programming language or really a technical skill at all. Instead, Scrum is a process that can be used to complete projects at the highest possible level of efficiency. In addition to taking courses in Scrum, there are also books, articles, presentations, and a 200,000 member online community to help you learn more about the process.

PC AGE offers courses that can lead to IT certifications or even be used toward earning an IT degree. Contact us for information on how you can gain valuable skills for an IT career.