As larger numbers of women began to enter the workforce in the 1970s and 80s, they had to contend with a gender wage gap that saw many women being paid significantly less than men for doing the same jobs. This happened even though the Equal Pay Act was passed in 1963 to outlaw this practice.

Over time, though, the wage gap has narrowed as women have gained experience, and attitudes have largely changed towards women being in the workplace. The prevalence of tech jobs and the perception over the past few decades that women can succeed in these positions has led to a narrowing of the wage gap in this space.

A study by Comparably looked at the highest-paying entry-level positions in the tech sector and found that most of them had very little to no pay gap between genders. While male sales engineers were paid almost $10,000 more annually than females, on average, many other tech jobs had a much smaller gap.

One job, that of software developer, actually paid females slightly more than males. Several others, including DevOps engineer and product manager, had only a few hundred to around a thousand dollar pay gap.

The fact that any pay gap still exists is unfortunate, but the trajectory is toward further equity, which is a positive development. And no matter what group you find yourself in, the starting salaries for these entry-level jobs are quite a bit higher than for jobs in other sectors of the economy.

Add to that the current talent shortages being experienced in the tech sector, and it has become clear that there are many opportunities to be had in this area. Some of the best-paying opportunities don’t even require advanced technical skills but could involve transferring skills in sales, marketing, and management from other areas into the tech sector. 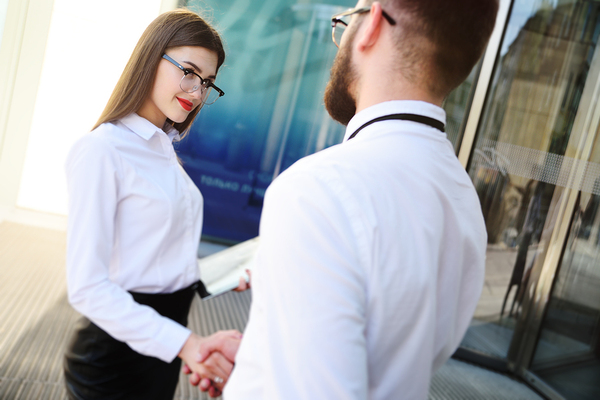 Men and women are paid more equally in the tech field today than ever before.

One job lighter on tech skills that made Comparably’s list is a product manager, which is someone who handles the development, distribution, and marketing for new products coming onto the market. Other jobs that might not be heavy on technical know-how are positions like sales rep or marketing manager, which only require enough technical knowledge to explain product features and understand the data relevant to selling or marketing the product.

Building a tech career can allow you to earn a very comfortable living in a field that will only have growing demand over the coming years. PC AGE offers courses that can teach both basic and more advanced IT skills so that you will be prepared for these top jobs. Contact us for more information about how we can help you get started in a tech career in as little as a few months.